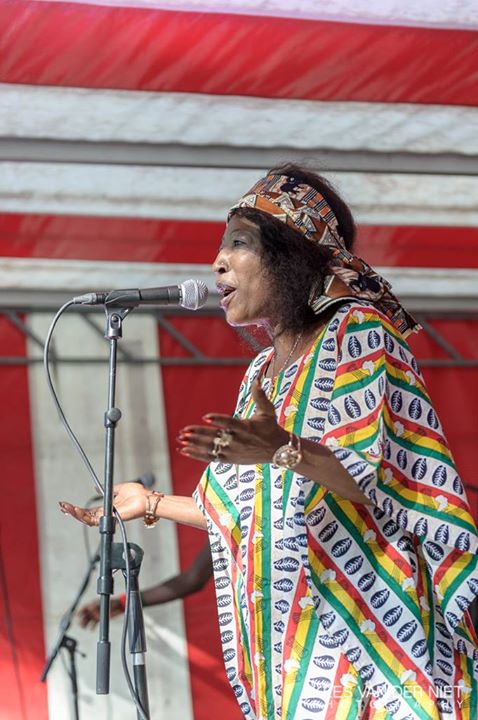 Over Bebey:
She was only 13 years old when she joined les
Ballets Africains, The National Guinea’s ballet and became
solist dancer in several creations (Wassara, Soundiata,
Forêt Sacrée, Mali Sayo). Thanks to her talent, she crossed borders and was dancer and singer in many bands : Les Amazones and the Bembeya Jazz Orchestra, Fatala et Africa Soli in Netherlands, Mamady Keita’s band Sewa Kan, … In 1997 she became cultural ambassador in Sweden by NOKA International. As she has an excellent pedagogy and a overflowing energy, she teaches traditional dances from several
guinean etnies all over the world (Europe, Asia, Africa). To her pupils, she gives the love of her culture and shares her knowledge of guinean dances and traditions like nobody else !